The Gladrag Production Company prides itself on providing family entertainment with high quality production values, with the support of our creatives at Carry On Costumes we bring you an exceptional theatre experience .

As well as the ‘Christmas Spectacular’ Glad Rags have created additional bespoke shows for  returning audiences at the Regent Centre, with the exciting new ‘Summer Spectacular Party Playlist’ debuting August 2021. The Glad Rag Production Company have also created stunning shows and performances for the largest event companies in the UK and have even made it over to Cannes, France!

After a tough year for theatre and finding out ‘Christmas Spectacular’ couldn’t go ahead this year. We had to do something to continue spreading Christmas cheer. So we have created an online advent calendar for everyone to enjoy from the comfort of their own home. Past show footage, activities for the family, brand new recordings and behind the scenes vlogs are all included in your ‘Gladvent Calendar 2020’. 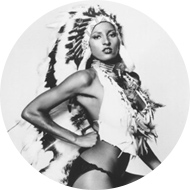 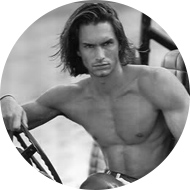 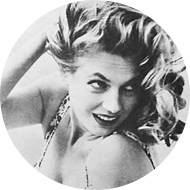 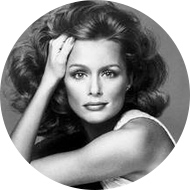 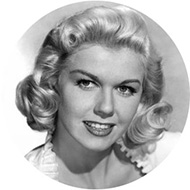 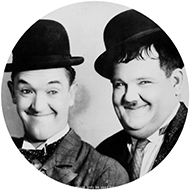 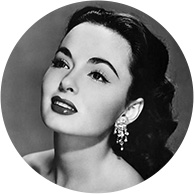 Sue has been working in theatrical costume for over 40 years, designing and making costumes across the world. Sue trained at Southampton University where she obtained a degree in fashion and has since designed thousands of costumes for television and theatrical productions including:

Aladdin at the O2 London, Cinderella Mayflower Theatre Southampton, various productions at Cambridge Arts Theatre, Copacabana The Pavilion Bournemouth, Jesus Christ Superstar The Pavilion Bournemouth and many more. Sue has also spent 40 years designing and producing costumes for various cruise companies and holiday parks. Sue set up The Glad Rag Production Company with her family in 2012 and produces and designs all the costumes for their annual Christmas Spectacular and Summer shows.  Sue was delighted to be Costume Designer for Sleepless the Musical, one of the first productions to return to the stage since coronavirus closed theatres.

Ben Rawlings originally trained as a Musical Theatre performer working in productions such as “Saturday Night Fever”, “Loserville” and various pantomimes over the years.

In 2014 he became a member of “The Bollywood Co” and for the past 6 years has been performing Bhangra, Classical Bollywood and commercial fusion around the world. He has danced for BBC Asian Network Live and been a backing dancer for mainstream artists Naughty Boy and Kyla at the Hammersmith Apollo and Stefflon Don at Wembley Arena. His choreography has led to him performing in Monaco, Uganda and across the UK and in 2018 he became the assistant choreographer for the upcoming Marvel movie “The Eternals”.

It was through working for Gladrags Productions in their Christmas Spectacular that Ben became linked with Christmas, from playing the lead elf in Twist & Pulse’s Christmas special on Amazon Prime, to becoming Squash the Elf in Christchurch’s very own Christmas Spectacular. He has written the past two shows and had his directorial debut in 2018.

There is something very special about Gladrags Productions Christmas Spectacular and he is very honoured to be a part of this annual tradition.

Carly trained originally trained in musical theatre. Her performing credits include Ensemble – Aladdin The 02, Dancer – P&O Oceana, Ensemble – Cambridge pantomimes, vocalist – High School mania UK tour, vocalist – ‘the heat is on’ UK your, vocalist – Scooch UK Tour and dancing in corporate events across the UK.
As a choreographer Carly has created Pantomimes for Butlins, corporate events across the UK and every Glad Rag production starting in 2012
The Glad Rag Production Company is Carly’s family business, she is very proud of the productions they have created and of all the hard working cast members she has worked with over the years. To work alongside such a passionate group of creatives makes her job very easy, Carly is really excited to see what the future brings for this fabulous young company.
Close

Ellie began ballet at the age of 3 and has been performing ever since. Working for Glad Rag’s sister company, Carry on Costumes, Ellie has been making theatrical costumes for the past 8 years, and travelling across the country working on productions including Elf the musical, Big the musical, White Christmas the musical and many more. Ellie performs regularly as a ‘Glad Rag Girl’ for corporate events across Europe and also as a member of vintage vocal harmony group, The Bluestockings. Ellie adores Christmas and loves working with the Glad Rag company.

Kate has worked with Sue Simmerling at Carry on Costumes for 18 years, providing clerical and admin support and when they are desperate, sewing skills!  When Sue set up The Glad Rag Production Company, Kate took on all administration needs for the company including performance licensing.  She is a dab hand at a quick change and her claim to fame is performing a solo on the Mary O’Hara show.  She is delighted to be part of the Glad Rag family.

Skrypt Ltd was officially founded in 2011 to provide a creative and professional atmosphere for all styles of events. Together the team have over 35 years’ experience and a diverse range of skills across the many aspects that go into bringing a production to life. Their experience and collective passion for the arts help Skrypt as a company offer a unique and friendly approach to all matters technical.The majority of Skrypt’s work is focused in the Dorset area, and the company prides itself on being able to offer a personal approach and prefer to work ‘with’ rather than ‘for’ clients to achieve the best for a production. Skrypt offer a full professional service offering Audio, Video, Lighting, EFX and Staging solutions. Skrypt has been working with the Glad Rag Production Company since 2016 and thoroughly enjoy being part of the team. The process of working on a Glad Rag show, at Christmas and through the year, is always a pleasure. The Skrypt team have often commented how Christmas wouldn’t be the same without being part of the Christmas Spectacular.

Kamya initially trained in music and the performing arts, before going on to graduate twice from university. She holds her professional Diploma from the London College of Music and teaches in schools as well as running her own busy teaching practice.  She has a long association with musical theatre, (both in front and behind the footlights) and is the founder, Band Leader and Vocal Arranger for her 1940s and 50s styled vocal harmony band ‘The Bluestockings.’

Kamya has also worked with Carry On Productions Youth Theatre for ten years –  as Choral Director for the youth choir as well as teaching performance skills on their courses for the summer and winter school productions.